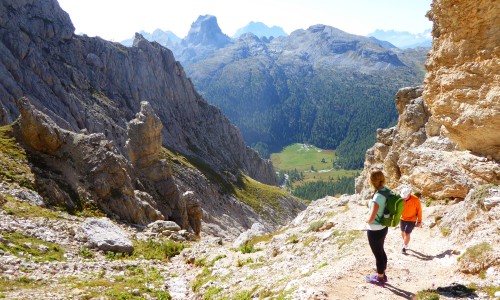 Here there are some proposals only, we will choose the track according to the participant’s skills and desires.

Rosengarten means literally Rose Garden. Why did they call this stones and rocks kingdom with such a gentle name?

During ancient times this kingdom belonged to King Laurin. It was totally covered with a magnificent rose garden, summer and winter both. When the King of Adige thought his beautiful daughter, Similde, was to be married, he decided to invite every noble living in the kingdom at his court. Everyone, except Laurin.

He decided then to attend the party as an invisible guest, helped by his hat’s magical power. When he saw the Similde stunning beauty he couldn’t resist and he kidnapped her. Royal soldiers ran after him but as he was invisible he disappeard without a trace.

Only the roses betraied him showing his position by their movements. Before the soldiers caught him he was able to put a spell on the garden turning it into a pile of stones. No one could ever see it, by day or by night.

But he forgot about the evening and that’s why we can still see the Rose Garden’s colour at sunset time.

The Friulian Dolomites are not a common destination for tourists, perhaps for their isolated and wild nature – a real wilderness – or perhaps for the lack of easy and popular routes, but certainly not for the beauty of their places. 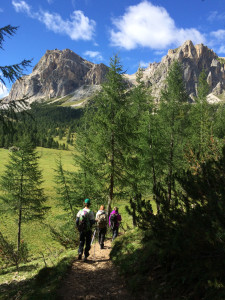 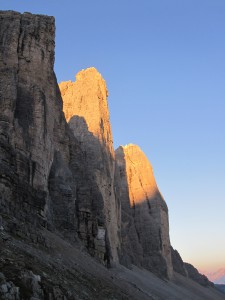 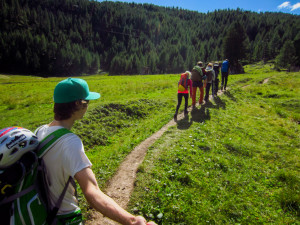 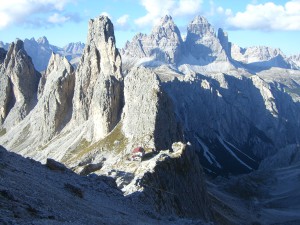 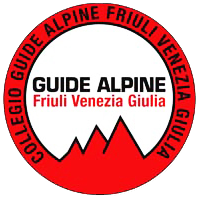 Ski-touring, ice climbing and much more!

Where can you travel with us?